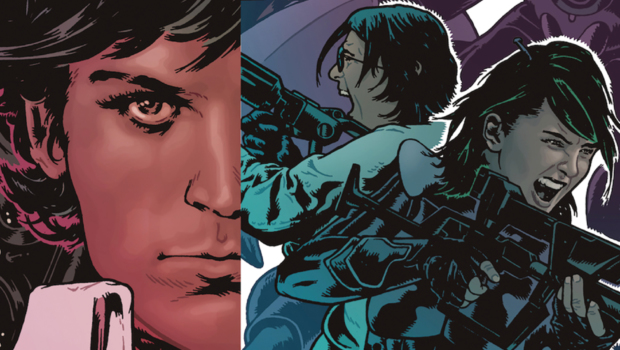 It was announced at San Diego Comic Con that the conclusion of the Event Horizon miniseries for the Robotech comic will include a complete reboot of the series. In essence, all of the characters and story arcs are due for a complete scramble into a new Robotech omelet. This comic showcases what I presume to be the main characters of the rebooted series which include The Sterlings: Max, sworn enemy Miraya and their lovely daughter from the future, Dana; Karl Riber from Sentinels; the Rick Hunter, and the Lisa Hayes and Lynn Minmei love triangle. All set to make an appearance in the re-imagining of the series.