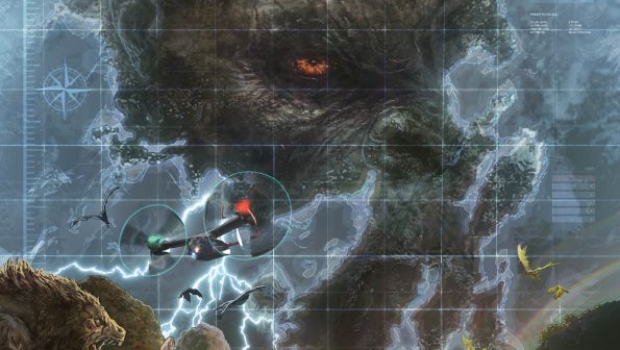 For eighty-four years, he’s been the monster king of the jungle—a giant gorilla who made his world debut in the 1933 motion picture bearing his name: King Kong. Kong was a monster who didn’t take long in capturing the hearts of horror fans, and his popularity has remained strong right up to the present day (although, admittedly, not as strong as that of his successor, Godzilla), as evidenced by the box office success of his most recent screen appearance in Legendary Pictures’ Kong: Skull Island. 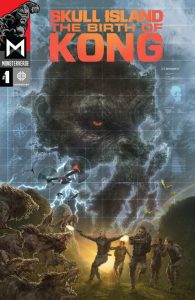 Kong: Skull Island, it should be pointed out, is the second entry in what Legendary has called their “MonsterVerse”: a Marvel Films–like shared universe of movies starring some of the most famous kaiju (giant monsters) ever created. The MonsterVerse launched in 2014 with Legendary’s version of Godzilla; Kong: Skull Island, set in 1973, is a prequel of sorts. These will be followed by Godzilla: King of the Monsters in 2019 and Godzilla vs. Kong in 2020.

All of which brings us to Legendary Comics’ Skull Island: The Birth of Kong #1, by writer Arvid Nelson (Rex Mundi, Warlord of Mars: Dejah Thoris) and artist Zid (real name Mohammad Yazid) (Son of Merlin, Trick ’r Treat: Days of the Dead). It’s the start of a new miniseries that acts as both sequel and prequel to Kong: Skull Island and, as you can probably guess from the title, provides this iteration of the giant gorilla with an origin story. Just not in the first issue, of course.

Set in 1995 (with a framing device set in 2012), twenty-two years after the events of Kong: Skull Island, it involves a research team led by Aaron Brooks, the son of Monarch seismologist Houston Brooks (played in the movie by actor Corey Hawkins); Monarch is a secret scientific organization that studies giant monsters, first seen in Godzilla. Aaron, we learn, headed to Kong’s home to gather further information on the big monkey and the other monstrous predators inhabiting the island. As you might expect, things don’t go well right from the start and soon enough the team is fighting for their lives as swarms of monsters try to make a meal of them.

In terms of the story, Nelson is no stranger to pulp-type tales and Skull Island delivers a fast-paced adventure in its first issue, putting the team in peril practically from the moment their plane reaches the island. We learn who the team members are on the fly, which gives the story a movie-like feel. A brief cameo from a certain oversized monkey reminds us that, just like in the movie, Kong is never far from the action.

Artwise, Zid’s photorealistic style goes well with the story and looks great. His monsters are especially fearsome, reminding me of the hellish grotesqueries that Steve Bissette and John Totleben used to draw in their Swamp Thing days.

Bottom line? If you enjoyed Kong: Skull Island (like I did) and left the movie theater wanting more giant monkey action, and you can’t wait for Godzilla vs. Kong, then do yourself a favor and check out Skull Island: The Birth of Kong #1. It’s a journey back to the island you’re sure to enjoy.

Skull Island: The Birth of Kong #1

Art, colors, and cover by Zid