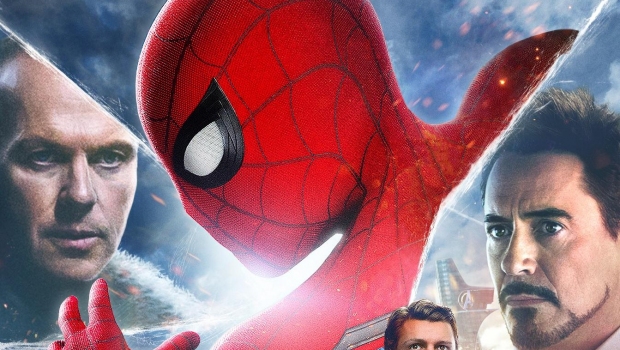 The third Superhero film so far this summer and audiences still show up in droves! Movie goers are showing no sign of the so-called superhero fatigue. When I first saw the success of DC’s Wonder Woman I had to wonder if this would be the year that DC finally beat Marvel at the box office. Now that Spider-Man Homecoming has opened to a $50 million Friday, as of this writing, the movie is projected to have an opening of $125 Million. Even though there’s been 3 Spider-Man series within the last decade, audiences have learned to trust what Disney is doing with the MCU. Wonder Woman’s opening weekend brought in $100 Million. The original projection was for Spider-Man: Homecoming to do about $80 Million in it’s opening weekend. The MCU strikes again! If Spider-Man keeps up the momentum it will probably beat Wonder Woman.

I really enjoyed Tom Holland’s performance in Captain America Civil War and was looking forward to his first solo outing in the MCU. I wasn’t disappointed. This is a fun film and really brings us to Spider-Man’s roots. Even though the other Spider-Man films were set in High School, they both felt more like college age students (given that the actors were in their mid-twenties.) But now, an actual teenager is playing Peter Parker and the feel is completely right. I always thought of Tobey Maguire’s Spider-Man as being an homage to the original Steve Ditko incarnation of the character while James Garfield’s wall crawler was more akin to the John Romita era, he was more of the wise-cracking sarcastic Parker. Tom Holland seems to embody both. His youthful innocence will give way to the more cynical embodiment in future sequels, I’m sure. Though some may think Tony Stark is making too many appearances in the MCU films, I think he isn’t making enough. I was hoping for 5 solo Iron Man films and now I don’t think they’re going to happen. However, I enjoyed his presence in this movie. Since they did away with another origin story, Robert Downey Jr.’s Tony Stark fills the void left by Ben Parker quite nicely, even giving us a with great power comes great responsibility type speech which ends with “if you’re nothing without this suit, maybe you shouldn’t have it.”

The story is the Vultures! After the Sam Raimi crew’s attempted 4th film teased us with the Vulture, supposedly with Ben Kingsly, and it didn’t happen, then we were promised a Vulture appearance in the Sinister Six, which also didn’t happen. It’s nice to finally see the character on the silver screen. And played by none other than Batman himself, Michael Keaton. Mr. Mom goes from the DC to Marvel universe as many actors have done. I loved his performance as Adrian Toomes, but then, I’ve loved most everything he’s been in, even that weird clone movie he did but probably wants to forget about.

Now about the story:
Toomes and his salvage company find some weird alien equipment after they have been contracted to clean up the city by none other than Tony Stark’s U.S. Department of Salvage Control. They were ordered to hand over the strange acting material and they did…well, most of it anyway. It’s with this equipment that they wind up building the Vulture outfit.

Peter winds up quitting his academic decathlon team amidst his commitment to Tony Stark, telling his school mates that he’s interning for the Avenger. Spider-Man thwarts the plans of Toomes and company, who are robbing an ATM. I don’t want to give away too much of the plot, but let’s just say the operation doesn’t go as smoothly as our web-swinger would like it too and the tension builds throughout the film as Spider-Man continues to try and capture the Vulture, while the Vulture keeps trying to kill him. It’s got a remarkable story, cool John Hughes type of High School shenanigans and awesome effects and stunts many of which haven’t been done before. Spider-Man fans will not be disappointed. ****

Instead of the trailer we’ve all seen hundreds of times, I offer this watch mojo scene:
Top 10 Biggest Differences Between Spider-Man Comics And Movies