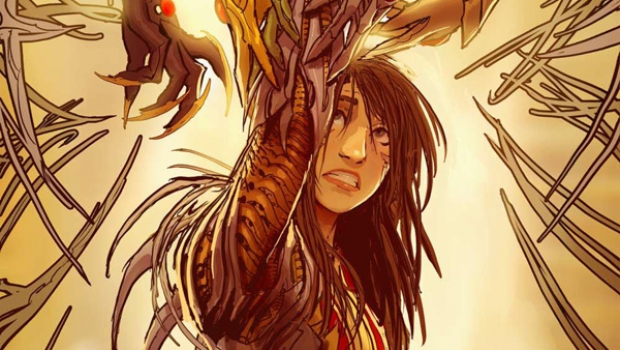 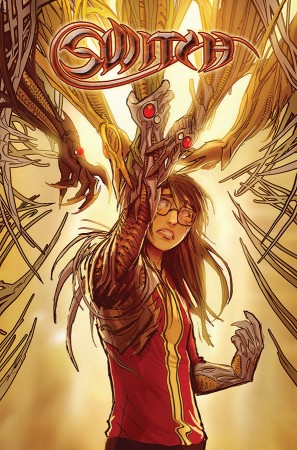 Forget Bendis, forget Millar, forget Alan Moore, forget Ellis. Here is Stjepan Sejic and he has come to save the world… of comics that is. The writers of old are… old and although they have established names and stuff, you really need to pick a new deity to worship and that deity indeed is called SEJIC!

Whatever Sejic creates, fans NEED to buy. It really is thát simple. When you realize how articulate, witty and sharp the dialogue is written into whatever amazing story Sejic comes up with, which then also shows his particularly energetic style in art (and those adorable word-balloons!) you can only come to this exact same conclusion.

Check out his RAVINE, his SUNSTONE and do not forget to check out his DEATH VIGIL and then pre-order or back-issue hunt it all, I say.

Book of the day is called SWITCH which basically grabs everything you think you know about the Witchblade-series, adds in new details and perspectives and characters in abundance, mix it all together and it basically makes it perhaps even better then the original series ever was, without saying ‘rip-off’ or ‘reboot’ since you still get a feeling of authenticity that is uncanny.

Gawd, I get sick of myself reading my raving review, but I just cannot help myself!

Sejic introduces us to this geeky Mary-teenager who suffers from highschool-drama, kid-brothers, sleep deprivation, zits and whatnot. Mary helps her mother in a second-hand bookshop and somewhere in the middle of all of this regular stuff, she gets the Witchblade-gauntlet handed to her in a most violent manner. The gauntlet is haunted by the spirits of previous bearers and Mary finds that very useful… as long as she does not get distracted. Which she does obviously….

Bottom line? This first issue is filled with new characters, great art, lovely and interesting characters and just the best dialogue-sequences and you would do yourself a disfavor to not get this issue and pre-order the rest!