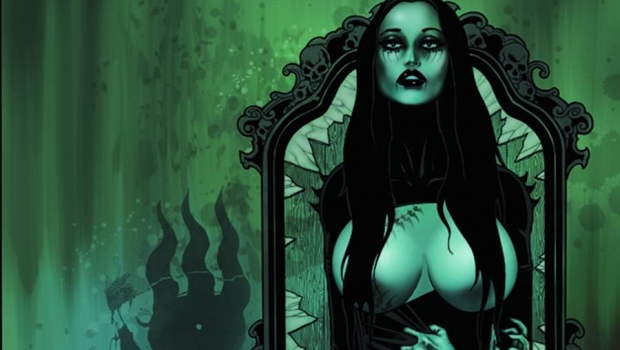 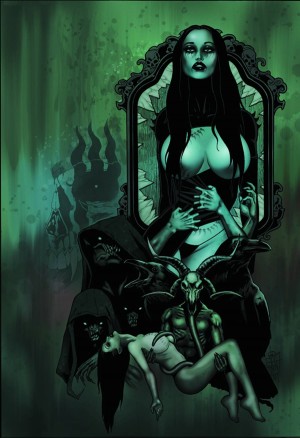 Amazing art, great characters, coolest designs around and well… boobs of course. Jim Balent has been going strong for many years now and together with wife/colorist Holly Golightly they earned everyone’s respect as well as a massive (female even!! Go figure) following.

In this issue Tarot’s sister, Raven Hex, is pondering her creation of a magical (dark magic!) dress, which will repair itself once damaged in battles against other forces. While pondering on this, the Dark Elf Azure escaped his cell, reattached his head – as it was cut off by Tarot – and is looking for revenge. And well… a battle now is eminent!

So we have this bad elf, a costume with a dark origin (of course I had this black costume Spider-Man accosiation!) and Balent did it again! It is enticing, it makes you want to get the next episode as soon as possible and it gets you aroused as well, cause Balent sure knows how to draw them ladies! Honest enough for you?

Many years ago Tarot imprisoned and cut off the head of the Dark Elf Azure. Now he has escaped his cell, reattached his head and is looking for revenge. Meanwhile, Dark Magick grows inside Raven Hex as she examines Her Dress of Shadows and discovers its Black secrets. But there was a Terrible Price to pay.