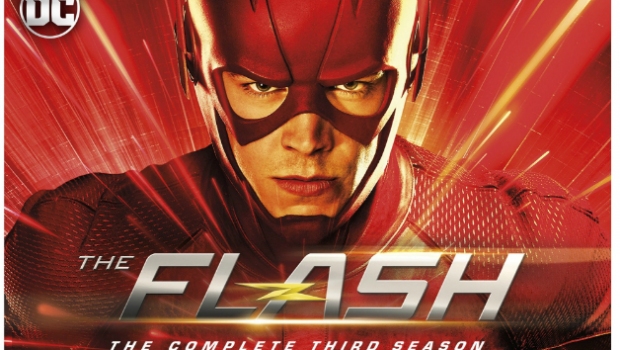 First I must say I really enjoyed the first 2 seasons, what will this 3rd one bring? I’ll try to keep things as spoilerfree as possible for this particular season, but it’s certainly not entirely possible to not mention some things.

We pick up where we left off, Barry has changed the timeline and lives his dreamed of life together with his parents alive and well. But of course we all know by now that tampering with time means there will be unexpected repercussions. Yes, it’s the adaptation of the Flashpoint storyline from the comics, the red thread (ooooh the pun!) throughout this season. Albeit on a smaller scale, in comics this led to the new 52, the complete overhaul (again) in DC comics. That was some 5 years ago, the status quo in the comics have changed once again since then. Ah well, this is the tv series, which should be looked at for what it is on itself, especially with the upcoming Justice League movie with Ezra Miller playing the Flash there instead of tv’s Grant Gustin. And on top of that there will be a solo Flash movie dealing with Flashpoint too.

Back to the tv show and repercussions. While everything seems fine it really is not. Repercussions are the relationships between our cast of characters, the Flash himself and his rival in the 1st (and further) episode and Barry realizes he has made a big mistake and he has a real tough decision to make. And what Barry did also has repercussions in the other tv shows, Arrow, Supergirl and Legends of Tomorrow, some of it we see on the Flash show too. Personally I’m way behind on Arrow, not interested in the agenda-pushing Supergirl and definitely interested and planning on catching up on Legends of tomorrow. So I can’t comment on what you’ll see of these repercussions in those other shows, but the shared universe thing is kind of cool though.

Going through all episodes is too much of a stretch. For this season get ready for a less optimistic tone, it’s a bit darker this time around. I really didn’t mind that at all. New adversaries are introduced, new colleagues/friends/relationships….one of which is Tom Felton (Drago in the Harry Potter movies), doing a fine job here portraying a complete a-hole but opening up to a certain extent later on. Relationships get going, are broken….sometimes in the same episode. Things go at a breakneck speed in this show with all that….breakneck speed, yeah I went there, pfff. But really, that’s also the charm of this series, how illogical it may seem a lot of times. But hey, you’re watching a guy that taps into a speedforce fighting a mindcontrolling gorilla and stuff while running faster than the speed of light, so if you want to complain about what seems illogical behavings of characters in relationships, yeahhhh right. Of course this is silly fun, it’s supposed to be. Barry gets smacked down by enemies while he’s surprisedly looking at them and could have ran away because yup, he can run, like he’s the fastest man alive, but instead he lets himself get floored. Not very logical. But a guy dressing like that, fighting crime, isn’t to begin with. Step aboard this rollercoaster and ride it, plenty fun to be had. The chemistry of team Flash is shaken up this season and that was a bit refreshing.
One big hats off to Tom Cavanagh, Wells, once again. He gets the chance to shine again this season. Maybe they overdo it with him in the story(lines), but I enjoyed his performance this season too, with a great payoff at the end.

Another red thread is the big baddie for this season. The first 5 or so episodes has an adversary, Alchemy. But it turns out he’s a puppet for the real bad guy, Savitar. I figured out both bad guys’ identities early on….too obvious maybe. The first fight with Savitar was real eyecandy! For a tv show the effects are really great, I like how they make it all look, for real.

With the bad guy and Flashpoint we get a lot of time travel. At times this can be a bit overwhelming and I guess it’s hard to tune into this show when not familiar with earlier episodes. On the other hand this whole timeline stuff and different earths give for literally unlimited story possibilities and shookup status quo of characters. But it’s a fine line utilizing it as it can turn out positively or negative. Personally I still like it, but I do read here and there people are put off by it. Same with the darker tone, which is nowhere near Dark knight dark, I actually didn’t mind it at all.
The strong part of the show are still the ways the characters interact with each other. And the action of course. But just the action without everything/everyone acting as a catalyst to get there would be boring. The mix here is what I like about the show.

Is it all positive? Well, for the most part it is as far as I’m concerned, this season was very enjoyable. I liked the shookups, time travel stuff, etc. While I liked Savitar I must say that him being a speedster adversary again is starting to get old. And they overdo it with all the other speedsters too. Yes, there are too many speedsters, that aspect of the show is getting out of hand, we already had quite a few and get 4 more this season if I counted correctly. Come on, the Flash has a Rogue’s gallery, there really is much more that can be done with them, enough with this amount of speedsters!
Tom Cavanagh was great this season, but there’s also the thing of overdoing it with his character(s).
The music(al) episode. Yeah well, I read about that Supergirl crossover, a singing episode. Hated the idea and seeing it for the first time made me hate it even more. This was beyond any doubt the most stupid episode ever….cringe cringe cringe…..hated it just as much as I expected to. Horrible, absolutely friggin’ unbelievably horrible. Musical style too…meaning over the top, overdone…so very very cringeworthy. I really had to force myself finishing that episode. Luckily it’s not important for any storyline going on, so you can skip it safely. The actors probably had a good time doing this, but nope, definitely not my thing.

All in all another very good season, but one that is a bit different from the first two in tone. I’m curious to next season, which will feature Danny Trejo, one of the coolest guys ever, looking forward to what he’ll bring to the show. Katee Sackhoff joins the cast too.
One thing that doesn’t sound good is the pandering ridiculousness of today seeping in. I read something about a feminist episode or something that sounds to be the cringeworthy episode of the 4th season. Please keep that stuff away from this show. It’s exactly why I don’t bother to watch Supergirl to begin with. Don’t ruin an otherwise good show with that nonsense. They promised to bring back the fun though, for all you ‘darktone’ haters out there. So catch up on this 3rd season anyway, it’s still a fun ride and when you’re not a fan of the darker tone, things will turn around next season.

Plenty of extras too on the bluray set I reviewed…a Comicon special, a Timetravel documentary, gag reel, outtakes, you name it. Quality package once again. 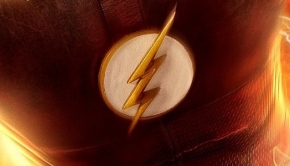