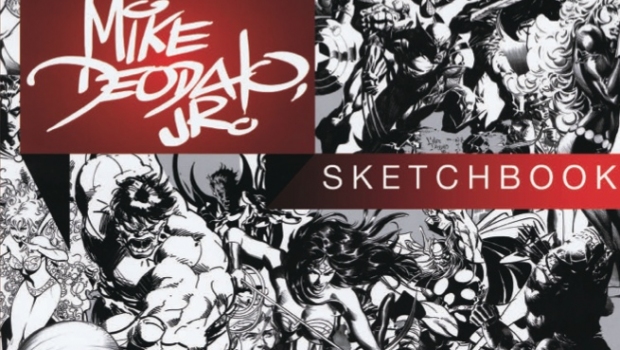 Mike Deodato Jr.: A name that comic book fans instantly recognize, synonymous with such high-profile titles as Wonder Woman, Thor, Batman, Avengers, Original Sin, and Thunderbolts. An artist renowned for his muscular heroes, sexy heroines, inventive camera angles, and fast-paced storytelling. A stupendously talented draftsman who freely admits that he never studied anatomy in academic schools, and learned it from comics…and regrets doing it that way, because that academic knowledge would have made him an even better artist. And in an industry that at times seems populated with ego-inflated talents, doesn’t that sort of honesty seem like the proverbial breath of fresh air?

Still, that lack of formal anatomy training hasn’t seem to have been too great a burden for someone with Deodato’s obvious skills, as evidenced in The Mike Deodato Jr. Sketchbook, currently available in hardcover and softcover editions from Red Giant Entertainment.

For fans of his work, it’s a treasure trove of pin-ups, layouts, finished art, and sketches, ranging from photo-realistic cowboys to cartoony superheroines, and from team-ups you’d never expect (The Spirit meeting Death from Sandman?) to the chiseled heroes and curvaceous heroines that populate Deodato’s mainstream comic work. Foremost among the characters you’ll find within its 64 pages are Wonder Woman, Harley Quinn, the Black Widow, Batman, and the Hulk, but there are plenty of others for you to stare in amazement at. And since the copyright page notes that this is “Volume One,” it appears there’s even more Deodato art goodness to come…

Bottom line? This collection is a must-have for Deodato fans, as well as for fans of amazing comic art in general. Pick up a copy and see what Mike Deodato Jr. can do! 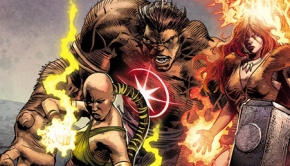 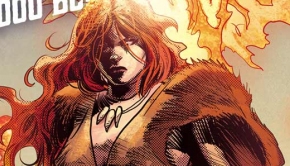