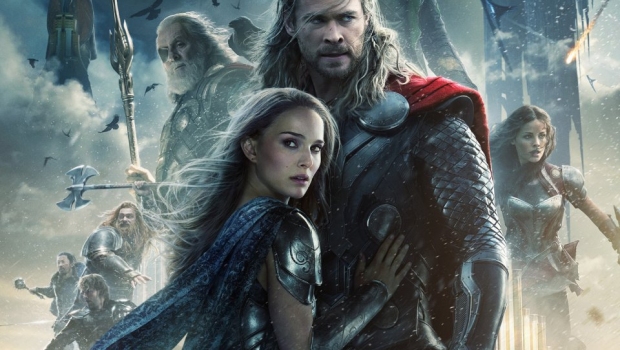 First up a big thank you to C4S and Disney for the tickets.

When we got to the movie theater we ended up having a somewhat private movie experience. We were just about the only ones there… Which was nice, meant we actually got to watch the movie without people talking or receiving text messages even after the advertisements tell us to turn them off.

The movie starts out with setting up the story of how Malekith and Bor fight for a weapon that could destroy the universe (what else) and needless to say Malekith gets beaten and the movie can move along.
The scenes in Asgard are great as are the battlescenes on Vanaheim, which would be logical seeing Alan Taylor’s experience with medieval battles by directing Game of Thrones.

There are some great in-jokes in the movie, most made by Loki.

The not so good:

–       I wasn’t a big fan of Malekith as a villain. I mean, the dude was strong but his minions are mostly faceless cannon fodder in this movie. Malekith’s scenes with Thor weren’t bad, but the voice changer they gave Eccleston was a bit too much. Could have toned that down a bit

The terrible:
–       No Loki movie announced.
–       A break in the movie by our movie theater. I get that some theaters in Holland want to maximize income by doing a break halfway, but for the love of Odin, please watch where you cut it. Hint: An important and touching scene is NOT the place for a abrupt break.

In the end it was an enjoyable movie, and am certainly looking forward to seeing where Thor heads off to next in Avengers: Age of Ultron
Ps. Watch out for a couple of great cameo’s and stay seated for a geek-tastic post credit scene.