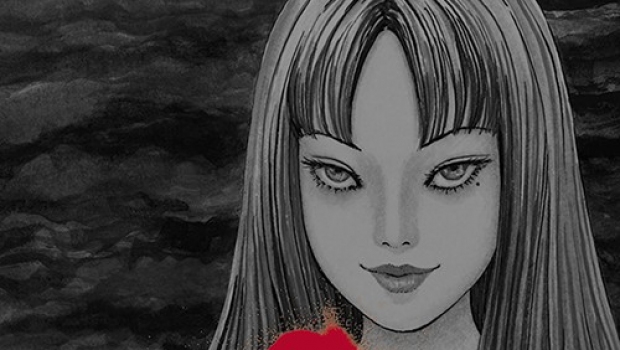 Tomie introduces fans of manga and horror to an ultimate collection as well as an insight to the development of a creator in finesse. 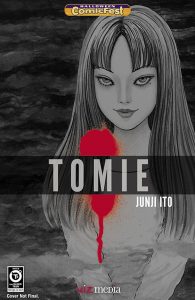 VIZ Media’s sets out to update their English-language library of horror master Junji Ito (Uzumaki, Gyo, Fragments of Horror), with a Deluxe HC Compendium treatment to “Tomie” which actually portraits Ito’s first steps into manga and with this collection showcases fifteen years of publication in one massive overwhelming volume.

What sets this collection (previously published in 3 volumes and a FCBD-comic I believe) apart is that you as reader are witness to creator Junji Ito evolution in visual storytelling, in character development, in writing and even in building up excitement, drama and horro. Junji Ito will grow as a creator with visuals and in details, not only in regards to the art itself but moreover the relationships and even geography.

As the synopsis reads: Tomie Kawakami is a femme fatale with long black hair and a beauty mark just under her left eye. She can seduce nearly any man, and drive them to murder as well, even though the victim is often Tomie herself. While one lover seeks to keep her for himself, another grows terrified of the immortal succubus. But soon they realize that no matter how many times they kill her, the world will never be free of Tomie.

There is a form of a “Tomie-Gimmick” with which Junji Ito re-tries different stories, characters and stories to find a balance in the stories. Where some stories focus on pure horror, others will focus more on background or the essential visual experiment or even some unexpected story-twisting in yet another grow-spurt.

This Tomie-collection might prove a rough starting point for new Ito-fans, but the inspiration for no less then eight horror films and a television series should be a nice background to really dig into this collection.

The reader will become a fan!