Review: Trish Out Of The Water #1 – Comics for Sinners
Kaching Comic Reviews 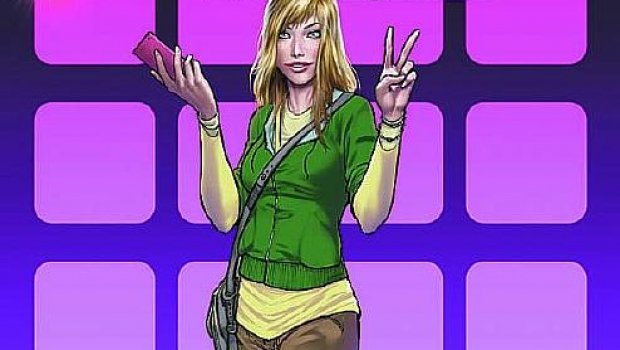 Review: Trish Out Of The Water #1

Reading TRISH is kinda awkward cause it starts out as though you might be reading a teenager’s mind. A female mind to that. And nothing much is yet inside, really. And that is how it is supposed to be, cause well.. they are still kids, right?!

And that is fun already, because the fresh art of teamplayers Cafaro/Curto is making this sparkling already and Hernandez puts the words in just the right place in both word-balloons as well as thought-balloons which adds to the fun and the feel of “real”… but I wouldn’t know cause I am a dude, right!?

Anyway, this is hard to make a spoiler-free review, because of all the stuff happening, but let me try and ease into it!

First up Vince Hernandez sets up all the mayor players, including wacky teenage friends and boyfriend as well as your two-earning parent household. Nothing too odd, yet it already feels spiced up when reading all the dialogue you get to read. And then Trish is starting to act out in ways that feel like Trish is getting her period… but she totally is NOT! And that is only the start of the icky business that is going to warp Trish’ mind… but I have got to stop here because that would go to far into spoilering!

TRISH OUT OF THE WATER #1 reads like a charm, looks like a gem and both the conspiracy-feelers as well as the cliffhanger makes me drool of eagerness.

I have a hard time to even find anything to badmouth this issue with due to the fact that AGAIN Aspen have surprised me with something new, fresh and exciting. Eat your heart out, Marvel Zombies!!!