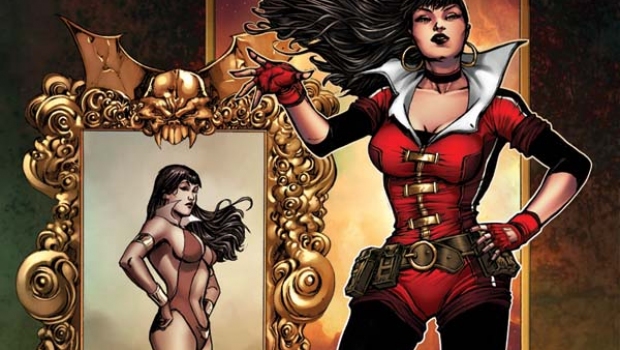 “A realm where rivers of blood flow as wine through an unrepentant earth…” – Vampirella. 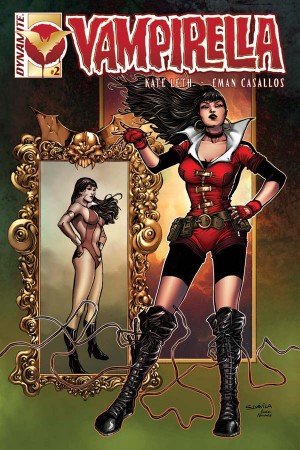 Now Vampirella is starting to look like her old Warren self, at least a little bit. A great opening as our protagonist is about to address the audience at a convention center in Los Angeles (Welcome to Hollywood) and her boyfriend brings her a… protein shake, which is actually blood. Her publicist urges her to tell the crowd that she’s drinking blood, to which Vampirella responds that no one would believe it. Yet we all know that Vampirella is drinking blood. Great scene.

Vampirella is talked into making an appearance at a comic book convention to sell herself to an adoring public. Things don’t go as planned (do they ever?) and everything gets out of control. I don’t want to give away plot points but she may have regretted making that appearance. She exits in haste so that nothing else can go wrong.

One of the touches I love is that Vampirella’s pet name for her werewolf boyfriend is Puppy. This is one of the most fun takes on Vampirella ever done. Dynamite is doing a, well, dynamite job on this title and I hope it lasts a long time. Vampirella winds up hosting her own show similar to Vampira and Elvira.

Our creative team continues to entertain on the same level as the previous issue. Kate Leth mixes horror and humor on every page with a dose of pathos for good measure and the art by Eman Casallos is a good compliment to the story being appropriately dark where needed and light when called for.