Review: We Can Never Go Home #1 – Comics for Sinners
Reviews 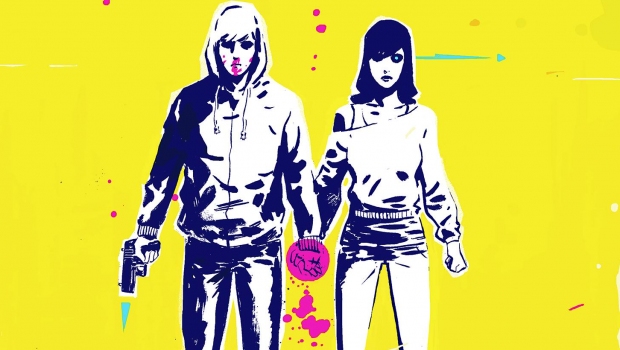 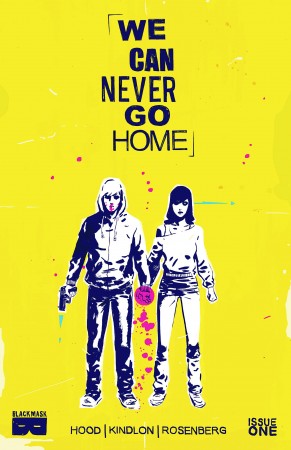 It’s 1989, and Duncan is a lonely teen stuck living in a small town and cursed with a broken family—Mom is dead (there’s a reason for that), and Dad is an abusive drunk. He’s treated as a freak at school and has no friends, which is why he hangs around places like the well-known Makeout Point—only instead of making out with a girl, he’s target-shooting live rounds at bottles and cans. Then along comes a pickup truck containing Madison—the ultrasmart honors student—and her boyfriend, Ben, who naturally is on the football team. An argument ensues between the not-so-happy couple, which leads to Madison mildly hulking out, with glowing eyes and super-strength that allows her to toss Ben—through the truck. And then Duncan reveals that he has powers of his own…

Black Mask’s promotional material likens the project to movies like True Romance and Badlands—although, in Badlands’ case, I’m not so sure comparing your comic to a film based on the 1950s killing spree perpetrated by Charles Starkweather and his girlfriend, Caril Ann Fugate, is the best way to try and create reader sympathy for your lead characters. In fact, I’m not even sure True Romance is apt, either, because at face value, We Can Never Go Home #1 reads like the comic equivalent of a movie by John Hughes (The Breakfast Club, Pretty in Pink, Sixteen Candles). You’ve got geeks and jocks, mean girls and unsympathetic adults, and mixtape music from bands straight from the eighties’ Outsider Teen Songbook: Husker Du, The Smiths, The Clash, Psychedelic Furs.

Madison and Duncan are the Molly Ringwald and Anthony Michael Hall of this tale, trading smart, sarcastic one-liners as they start to build a friendship—a definitely one-sided relationship, since Duncan is the one making all the desperate moves to get the pretty girl to like him (that’s where the mixtape comes in). Not surprisingly, it works. And then, as they say, things go horribly wrong…

However, one unintended laugh comes on the very last page, when Duncan actually says, “But after tonight, we can never go home.” Why did I find it funny? Because it immediately reminded me of a scene from the animated series Family Guy, when Peter Griffin remarks that he gets excited “when [characters] say the title of a movie, in the movie.” I imagine Peter would be extremely pleased with We Can Never Go Home, then.

Move comparisons aside, it’s a good story matched with equally good art, both of which ground Madison and Duncan in a real-world setting. This is no superhero universe—this is a world where a pair of teens with unusual powers knows that the government would be on their trail if it knew of their existence. And now that the teens are on the run, well, hiding in plain sight is about to become a whole lot harder…

Bottom line? Relatable main characters (well, except for the super-powers and the quasi-Starkweather comparison), smart dialogue, and great art make We Can Never Go Home a miniseries definitely worth checking out. So dig out your mixtapes from the back of your closet and give this well-done comic a read. It’s what the Breakfast Club would do. 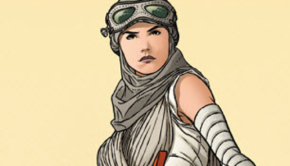 Feel The Force In STAR WARS: THE LAST JEDI ADAPTATION →