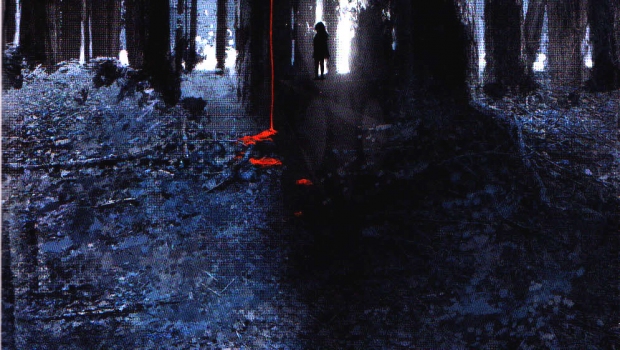 If you go down to the woods today

It’s lovely down in the woods today

But safer to stay at home

Sure, that’s a verse from the early twentieth-century song “The Teddy Bears’ Picnic,” which you may have heard in your childhood. I did; an aunt used to sing it to me before bedtime when I was five or six years old. But even if you’ve never heard the song, take heed of its warning, because in Image Comics’ Wytches #1, by writer Scott Snyder (Batman, Swamp Thing) and artist Jock (The Losers, Wolverine), it’s not picnicking teddy bears you have to watch out for, but something far more dangerous…

Set in rural Pennsylvania, in this first issue we meet the Rooks family: father Charles (bestselling writer/artist of the young adult graphic novel series The Night Arcade); mother Lucy (who’s been confined to a wheelchair after a hinted-at incident); and teenage daughter Sailor. It’s Sail who’s the main focus of the story: a new girl at a new high school, where apparently everyone’s already heard the rumor that she killed a girl in her hometown and her parents moved to this new setting to put the past behind them. But it’s hard to do that when there are primal, outright evil forces at work in the woods around them—and not when the wytches seem to have taken an interest in Sail…

Ever since he took over the Batman franchise (one of the few high notes of DC’s “New 52” relaunch), Snyder has consistently proven himself to be a writer of high-quality projects, and Wytches is no different. The Rooks are a family one can immediately empathize with, and the sense that they’re heading into very dark territory is immediate. And helping establish that sense of dread is Jock’s moody art. I haven’t a clue where the initial story arc may be heading, but it certainly promises to be a scary ride.

Bottom line? A creepy, Blair Witch-y comic sure to put you in the proper mood for Halloween, Wytches has a good balance of characterization and mystery that will entice you back into the woods for the next issue. But watch out for those picnicking bears…

Art and cover by Jock 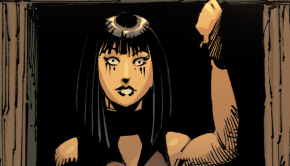 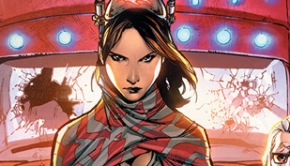 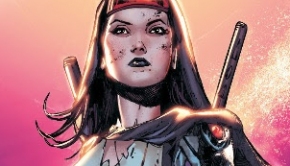