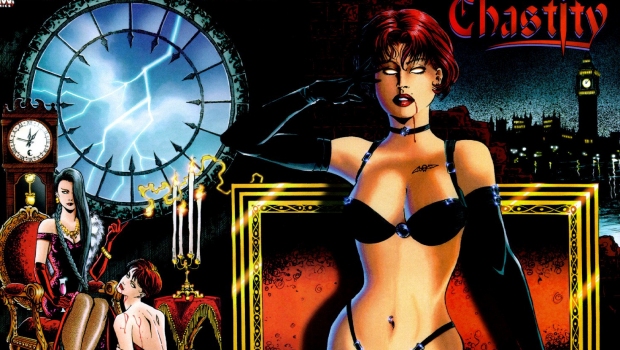 Rhythm & Hues, the Oscar-winning visual effects company recently bought out of bankruptcy, is getting back into the development game.

The company, now owned by a subsidiary of Prana Studios, has optioned comic book Chastity from Dynamite Entertainment with an eye of translating the property into both a big-screen feature and a TV project.

The small-screen side has the most traction at this stage as Scott Winant, the veteran Emmy-winning exec producer whose credits range from thirtysomething and My So-Called Life to Californication and Save Me, is attached to showrun and direct. (Winant has been working as a director on True Blood.)

Lee Berger will produce on behalf of Rhythm & Hues. Dynamite CEO/publisher Nick Barrucci and COO/president Juan Collado will act as executive producers on the projects.

Chastity tells the story of teenager Chastity Marks, a runaway who’s accused of murdering her abusive father. She comes across a night carnival that hides a community of vampire-like creatures and their associates who are involved in a desperate and vicious power struggle for survival. This leads to Chastity finding out the truth about her life and true destiny.

Chastity was originally published by Chaos! Comics starting in the 1990s. In 2010, the company was acquired by Dynamite, which also owns characters such as Vampirella and Pantha and releases creator-owned books like Garth Ennis’ The Boys as well as licensed books such as Red Sonja, The Shadow and The Long Ranger.

Barrucci and Dynamite Entertainment are represented by UTA and Behr & Abramson in conjunction with the Cheng Caplan Company.