The screwball comedy classic collected in full-color trade paperback this J..." /> Ride off into the sunset with SCOOTER GIRL - Comics for Sinners
News 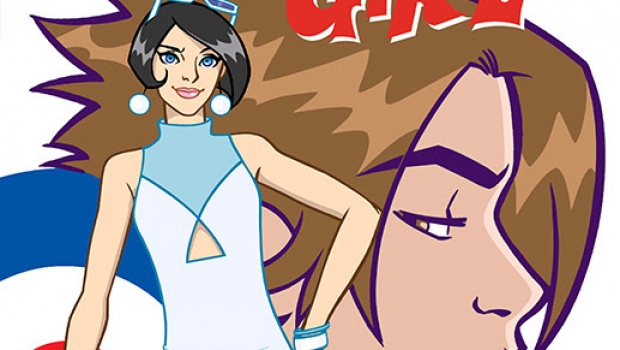 Ride off into the sunset with SCOOTER GIRL

“I’m thrilled about the release of the remastered, color version of SCOOTER GIRL!” said Clugston Flores. “Editor Ian Shaughnessy and I have gone over the book meticulously and are proud to be able to present it in its most polished form to readers in the new year.”

A love letter to mod and scooter culture, SCOOTER GIRL is the story of Ashton Archer: the Vespa-riding, swanky suit-wearing man-about-town who has it all. That is, until lightning strikes when the girl of his dreams motors right past him on her Lambretta—causing him to lose it all. Convinced that her presence and antagonization has ruined his life, Ashton sets out to end the black curse put upon him by any means necessary.

“It’s a clearer peek into the perils of dating while being a jerk,” added Clugston Flores, “set against a backdrop of a retro 1960s feel in Southern California with its glossy new standard comic book size, complete with an introduction from original editor Jamie S. Rich. I hope new readers and revisiting fans will find its dark comedy as refreshing and fun in technicolor as we do!”