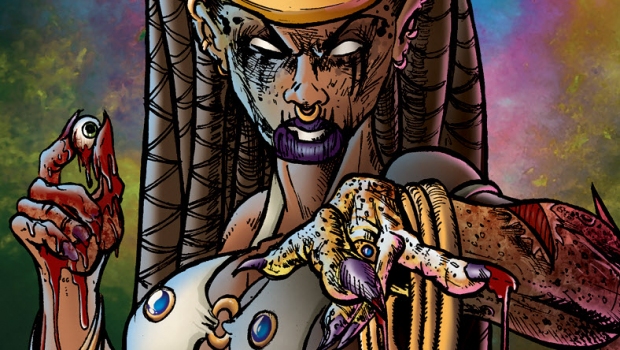 In March, 2013, independent comics publisher, Inverse Press, launched a Kickstarter.com fundraiser for motorcycle horror tale, Roadkill du Jour #1.  The campaign was a massive success!  All rewards from that effort are ALREADY fulfilled, and, now, Roadkill du Jour #2 (of a 4-issue series) is ready to rock the crowdfunding mega-platform HERE

In Roadkill du Jour, writer Kevin LaPorte (Inverse Press’ Clown Town), artist Shawn Harbin (BSX22 Studios’ The Dungeon Comic), and colorist Laura Guzzo (Action Labs’ PrinceLess) portray the awful plight of a devastated biker afflicted with the curse to eat only that which dies on the road…and to then assume the traits of the very creature which he consumed.  This biker, duJour, longs to recover the soul of his lost wife and gain vengeance against the voodoo witch who hexed him and murdered his gang.  In this second chapter, he recruits avenging weapons in the forms of NEW misfit members of his Roadkill Motorcycle Club, all the while watched and warded by the witch, Mama Houdoo, and her legion of horrific minions! 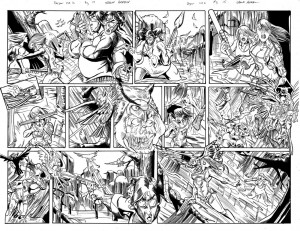 For the Roadkill du Jour #2 Kickstarter campaign, Kevin, Shawn and Laura are pleased to offer an array of cool specialty rewards, unique editions of the book, and incredible opportunities, including: