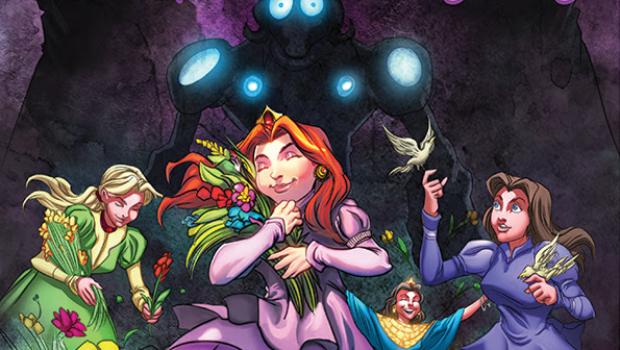 Robots VS Princesses: an All-Ages series

Dynamite Entertainment announced the greatest crossover you didnŌĆÖt see coming, Robots Vs Princesses #1! Heading up this grand mash-up of fantasy and sci-fi is the creative team of writer Todd Matthy (Saga of the Stormriders: the Lost Prince) and artist Nicolas Chapuis (World of Fiction). An all-ages story for the whole family that combines the fairy tale world of princesses and dragons with the action-packed science fiction epic of giant robots. But the princesses are no damsels in distress here, as itŌĆÖs up to Zara and her robot friend Wheeler to save the Kingdom.

The comic event of the year has arrived! When plucky Princess Zara stumbles upon the Decimator defector Wheeler, she sets in motion events that will pit the spritely cleverness of fairy tale princesses against the raw power of giant robots! The dream match you never thought youŌĆÖd see begins here. DonŌĆÖt miss it!

ŌĆ£ŌĆÖAll-ages fun that does not talk down to children. The book that bridges the gap between brother and sister while at the same time delighting parents.ŌĆÖ That would be my quote,ŌĆØ says writer Todd Matthy. ŌĆ£I wanted to create a comic for kids that not only respected their intelligence and curiosity, but their desire to become ŌĆśgrownups.ŌĆÖ I also wanted to create a comic that parents could read over and over again to their kids and not be bored by. A book theyŌĆÖd enjoy, too. If parents and children want to know what happens next, itŌĆÖll foster a love of reading and a mutually shared experience. Also, I wanted to create a book that adults without children could enjoy because it transports them back to their childhood.ŌĆØ

After a successful Kickstarter campaign, Dynamite is now bringing the series to comic shops everywhere. And Robots Vs Princesses already has some big-name support behind it.

ŌĆ£Todd and Nic have done an amazing job of creating this world that any kid would immediately fall in love with. Even adults. Legally, IŌĆÖm an adult and I think this is awesome,ŌĆØ Admitted Editor Kevin Ketner. ŌĆ£IŌĆÖm excited for kids and parents to read about this tough, cool princess and her friends joining up with robots to destroy evil. If that doesnŌĆÖt appeal to you, you donŌĆÖt know how to have fun.ŌĆØ

Robots Vs Princesses #1 has a cover by Nicolas Chapuis and will be solicited in the June issue of Diamond Previews catalog, the comic industry’s premier source of merchandise for the comic book specialty market, and scheduled to ship in August of 2018. Readers are encouraged to order through their local comic retailers or through digital platforms courtesy of Comixology, Kindle, iBooks, Google Play, Dynamite Digital, iVerse, Madefire, and Dark Horse Digital. Fans are encouraged to follow Dynamite Entertainment’s social media channels for the latest updates on Dynamite Entertainment comic books and graphic novels. 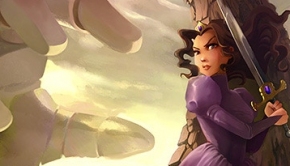