When looking at Tyler Kirkham´s career, you see he’s drawn a vast array of genres. He started out with The Gift (created and written by Raven Gregory) and settled nicely with the team at Top Cow. He then went on to work for DC Comics, becoming an artist on several Green Lantern titles. For indie-lovers and fans of Top Cow this was truly a letdown, but June 2013 will give them something to cheer about: Tyler has created and written a modern-day version of Frankenstein, to be published via Zenescope.

Tyler asked Keith Thomas to support his first writing endeavor and with the artwork of David Miller and the coloring by Oracle, this comic seems set for smooth sailing…

And then you open the book… and the action and the sheer horror just jump right at you from the opening page!

The story revolves around Jane Doe, a young nameless woman who slowly awakens in a hospital, but it is not for long before she is attacked by a scarred monster-man, called Suture. It is not known why Suture is after mystery girl and if he wants her molested or brought back to his ‘master’, but this is only the first of many moments that thickens the plot. Jane Doe does not remember a lot, but she is aware of the fact that she is strong and she sees a lot of monstrous creatures trying to attack her and she decides to take a stand and fight back. And that she does with much deadly force…

Sadly to this Jane Doe, these diabolical creatures are only make-believe. Most likely her nerves are shattered from all the electricity she has been pumped with.

When escaping the hospital and with all the mayhem left in her wake, it doesn’t take a long time before an official investigation is started, led by a detective Erin, who also handled Jane Doe’s hospitalization personally, as seen in flashbacks. Erin is taken off the case very swiftly by some dark agency that we’ll no doubt find out more about in future issues.

It will be a thrill to see how our Jane Doe and her hallucinations, Erin vs. ‘that’ agency, Suture and his master will be hammered out in future issues, as I can see this being a ride not unlike the Space Mountain. 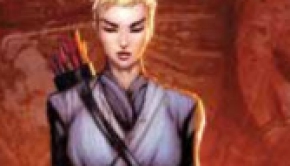