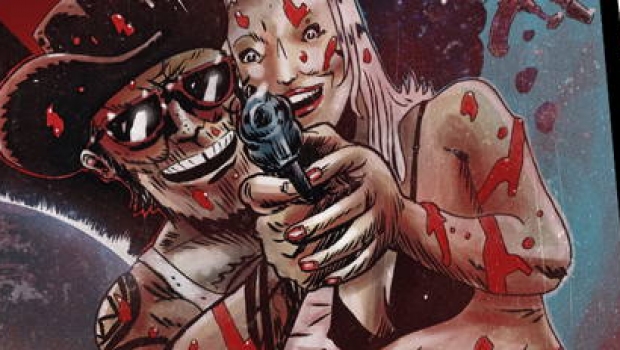 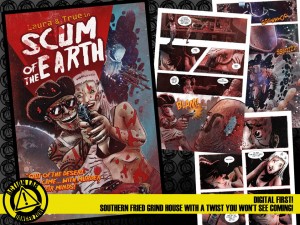 Scum of the Earth is a “southern fried grindhouse sci-fi” and has been described as “Natural Born Killers meets Predator”. The story follows hellraisers Laura Bitch and the True Bastard as they cross the desert on a blood-soaked crime spree…but who is the alien hitman on their tail and why is he interested in the markings on the insides of Laura’s heart?

Mark Bertolini is the Toronto-based creator and writer of the Markosia Entertainment OGN “Long Gone”, and the creator/writer of the 215 Ink supervillain series “Breakneck”, as well as the twisted take on the origin of Batman called “Broken”, also published by 215 Ink. Mark has also contributed to the New York Times Bestselling zombie anthology series FUBAR.

Rob Croonenborghs is a Belgian artist who has done work for FUBAR and the 215 Ink cult hit “Jesus Hates Zombies: A Jurassic Kinda Life”. 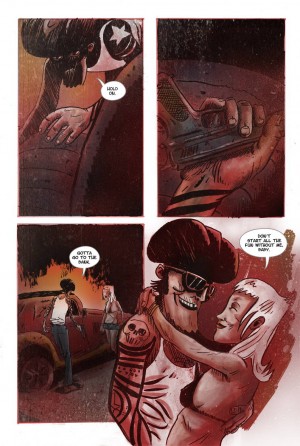 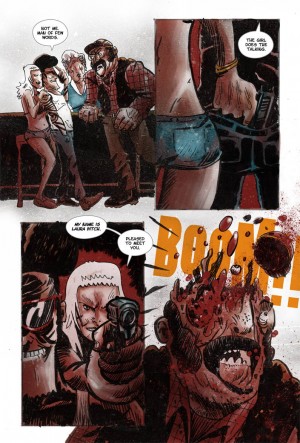 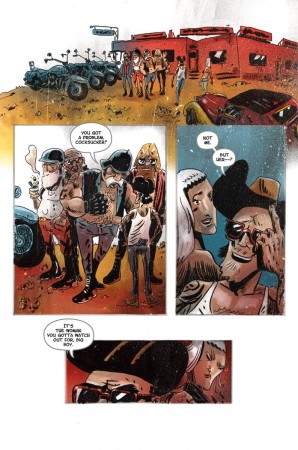