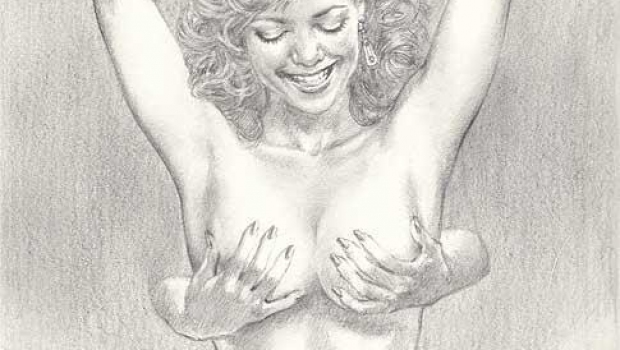 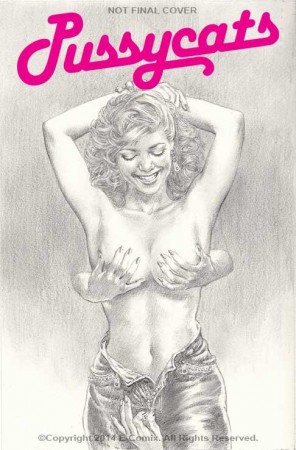 The ashcan previews Pussycats #0 (with a cover by Ray Lago) and the subsequent 4-issue limited series written by E-Comix President & Publisher Vince Brusio, and illustrated by artists Ivica Sretenovic and Mats Engesten.

“Pussycats is Sin City meets Jennifer Blood if we’re talking comics. But Charlie’s Angels meets 24 meets The Blacklist would also work,” says Brusio. “It’s all about women, blood, and bullets caught in a political crossfire when it’s revealed that the adult film industry helped to fight the Cold War. Years of underground espionage bubble to the surface when one woman steps into the middle of territorial pissings, and the repercussions of her curiosity reveal a world where life has no value, and people become uniformed personalities to hide their true identities.”

Legendary adult film star Karen Summer and cosplay personality Tanya Tate have signed onto the project to appear as themselves in the book (with Summer on the cover), and both will be joining Brusio at San Diego Comic Con to sign ashcans and posters for future retailer incentives.

“Karen gets inducted into the Legends of Erotica Hall of Fame in January 2015,” Brusio explains. “And it’s at that Las Vegas event that she’ll promote the comic, and explain how it can be ordered through PREVIEWS, and purchased at brick and mortar comic shops. The Comic Shop Locator Service will be announced as the web site to use to find a store locally.”