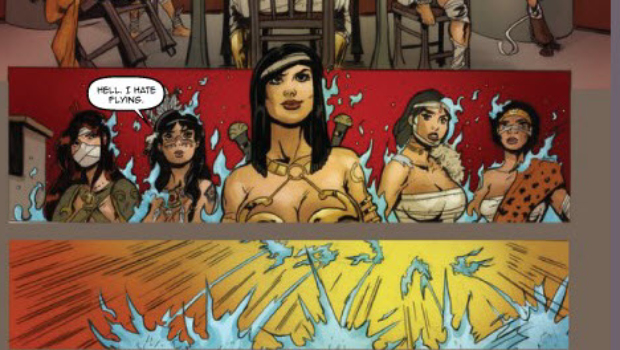 Sisterhood: Crying and Laughing, the end is in sight!

How many times have I now told you all the book is almost done?

How many times did I tell myself ‘this is not going to happen on mý first project’?

Sure, sometimes I wish I was handy as artist myself and not having to rely on a colorist or letterer and their life-situations. And although they have been reliant for so many years of me working with them, bringing them together on my very first personal project resulted in delay after delay.

But while those delays happened I have not been idle! I have been writing a beach-story for Alfredo Reyes to pencil and I found 2 great artists that will pick up other future issues even! I have set up an Etsy-store even and updated my BAD and my C4S and Sisterhood-Comic websites. I have been working hard on getting the backer-info into XLS and it only took me 4 hrs 🙂 these last 2 days (and having one project divided over 2 Kickstarter-projects and 1 Indiegogo is not making it easier !!) . I have also been working on getting a statue in production, pins in production and a boardgame, but that will be for some other time as I want to spend my time on comics first. But… that might change at any given moment, mind you!

I have been seeing pages come in from Markus Von Renthe-Fink and Renée Rienties on what will be the next Sisterhood project basically a ZERO-issue with the origin of the bad guy you are seeing in the first Sisterhood-comic.

Back to the comic at hand though!

The final coloring edits are being done today by Kevin Enhart The Art of Kevin Enhart after me and Story Editor The Art of Markus von Renthe-Fink looked it over twice.
I got the first 20 pages in lettered by Paulo Teles Yonami and it looks stunning!
Those are almost done so me and Markus can start editing the story and see if the txt-version holds up in the visualized stage!
Then… dare I say it? To the printer with it!! The Regular cover, Ebas cover, Cosplay cover and Sketch cover will be handled and I cannot wait to go pick it up once all is done!

I will make photo’s!

Then… sending it all out! Glad I already put all the freebies (coins,  trading cards etc) and ashcans and prints in order already! That will save some time for sure!!

I will keep you updated!

Projectleader of the ZEU Library

Editor In Chief for Comics For Sinners 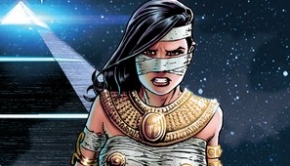