Space Goat Publishing has provided C4S with their April 2017 Solicitations… 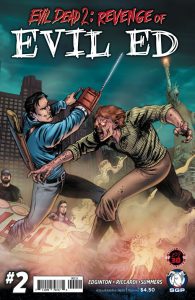 SOLICITATION COPY
Ash charges into the heart of darkness in his beaten-up battle bus, crushing Deadites left and right, and fending off Ed’s big league bad guys. At the end of the road, Ash confronts Ed in his temple of temptation and goes mano e mano with him. Or rather, mano e deadite. It’s the final showdown in Evil Vegas, sure, but how is Ash supposed to get out of Hell once all is said and done?

The summer of your unlife continues at Zombie Camp! When Johnny and the gang follow a stray zombie dog, they find themselves trapped in an abandoned amusement park. With no means of escape, they will need to work together as a team and learn something about each other in the process. It can be tough being open with strangers, but sometimes you just need to spill your guts! 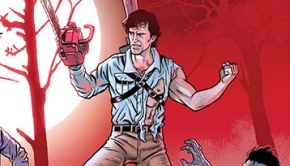 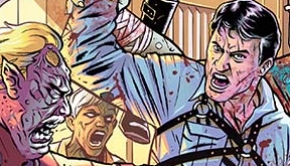