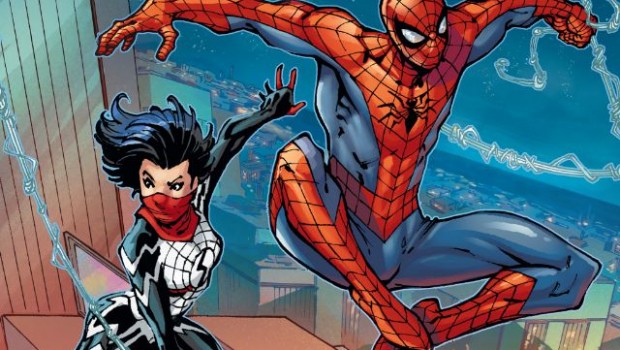 Spider-Man and Silk aren’t necessarily getting along right now, but that won’t stop them from having to work together when they’re accidentally thrown back in time to just before they got their powers! And you can experience the first chapter of that all-new adventure TODAY! Marvel is pleased to present your first look at THE AMAZING SPIDER-MAN & SILK: THE SPIDER(FLY) EFFECT #1 – the newest Marvel Infinite Comic Series!

Can they get along without irreparably altering the space-time continuum? What will happen when Peter comes face-to-face with his long lost Uncle Ben? Can they make it back to the present day WITHOUT wiping out their own powers forever? One thing is for certain – the Marvel Universe’s past is about to get a double dose of webslingers!

Available right at your fingertips THE AMAZING SPIDER-MAN & SILK: THE SPIDER(FLY) EFFECT #1 is available now on the Marvel Comics app (for iPhone®, iPad®, iPod Touch® & AndroidTM devices) and online in the Marvel Digital Comics Shop!