Desperate brain cancer-ridden Caucasian, George States, with only six months to live, decides to capture a male cobra with hopes of obtaining ‘Nagmani’ from the shape shifting Naga female. For reasons that remain obscure throughout the film this will not only cure his brain cancer but also make him immortal. He hires workers in the jungles of Natchi, Tamil Nadu, who witness the intimacy of the cobras, capture the male allowing the female to escape.

George then holds the male cobra in a glass cage hoping that the female cobra will attempt a rescue, and he will then release it in exchange for the Nagamani. The region experiences horror and religious awakening after the enraged female cobra, with the image of its oppressor in its eyes, sheds its snake-skin and takes on a female human form, setting out on its deadly mission of tracking down and destroying her mate’s oppressor, and whoever else gets in her way whether involved or not. 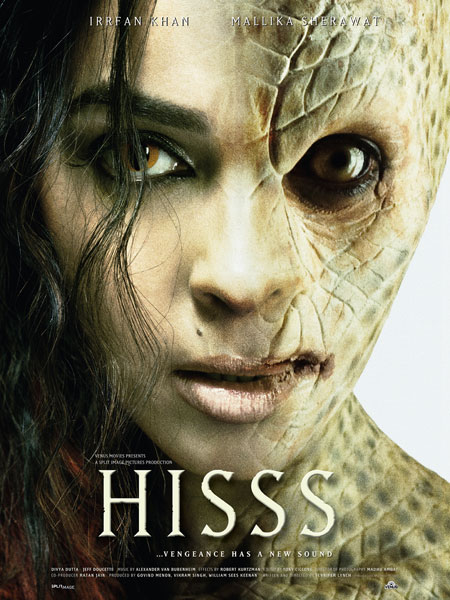