There sometimes are artists that have this genius mind that is only limited by time, so it seems. Skills and

This week creator/artist Stjepan Sejic announced via social media, he will stop with mainstream comics, after finishing his latest Harleen

As fans of Sejic will likely wanna buy everything he is putting out, there need to be more fans obviously 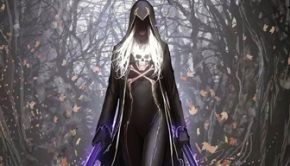 Top Cow has provided C4S with the finale-issue to the first volume of Death Vigil #8, in stores September 16,