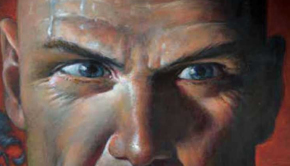 Frank Tieri has crafted an incredible tale featuring John McClane adding to the Die Hard mytho with this graphic novel,