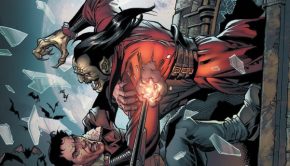 Halloween: That time of year when monsters prowl, trick-or-treaters roam the lands, and comic book publishers release their most appropriately 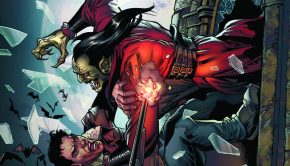 “You know you should trademark that ‘Suck your Blood’ catchphrase, big money in that stuff.” – Ash Ash is back