As the clock is ticking away toward the July-launch of the comic-inspired “Warrior Nun” bingeable series on Nerflix, creator Ben

Netflix launched the trailer and showed teaser material and C4S is feeling giddy about it! Caught in the middle of 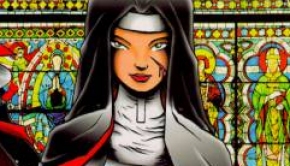