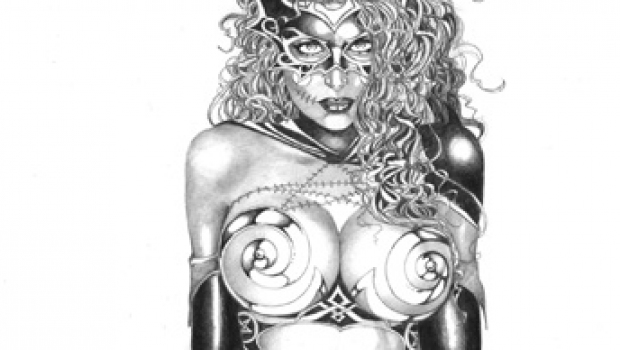 If you missed this Spooky Issue Now’s the time to collect this special ReIssue of Tarot#13! Created on Luxurious Bristol Cover Stock, numbered and signed by Jim-
Only 50 of this Edition will be printed.
So HURRY because the Last reissue sold out in a DAY!!!

Here the Story…
The number 13 is NOT an unlucky number for witches. But on this friday the 13th Tarot may find herself thinking otherwise. An evil Dollmaker, Izzy, is brought back from the dead by her possed dolls after a horrifying accident. Stitched together and searching for spare bodyparts, Izzy sends her deadly dollys after Tarot to cut her into 13 pieces! Tarot and Skeleton Man take on Izzy and her Devil Doll army in this 13th issue of Tarot: Witch of the Black Rose,entitled ” Come Play Dead with Me!”
available while edition lasts.