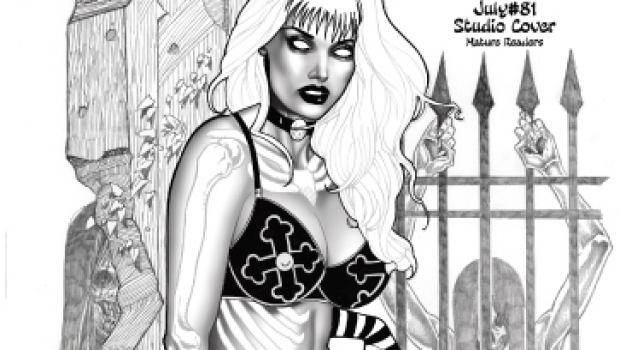 Broadsword Comics has revealed the A-cover as well as the Studio/Skyclad-cover to Tarot Witch Of The Black Rose #81 and lo and behold, it is with skyclad ladies in the spotlight.