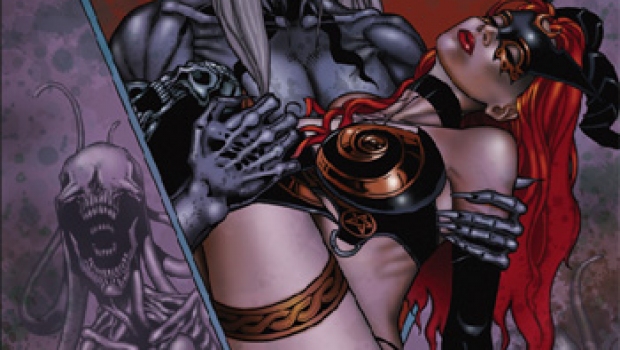 Broadsword Comics has confirmed that by ordering with the ETC-program (their Early Bird Incentive Program), fans will receive both TAROT covers with a bonus Gift! for only $5.00 + shipping.

ETC may NOT ship early, they will go out as soon as Broadsword receives them from the Printers.
Don’t forget about the Deluxe Litho Edition $19.99 & their Special Monster Summer PhotoCover Edition $19.99

Tarot Witch of the Black Rose #93

Witch Manor has been invaded by the Dark Elf Azure. Raven Hex and Tarot’s combined Magick is no match for his spells. Azure revenge is at hand! He stands poised to deliver his fatal blow in wiping out the bloodline of the Black Rose Witches. And things are about to get worse!