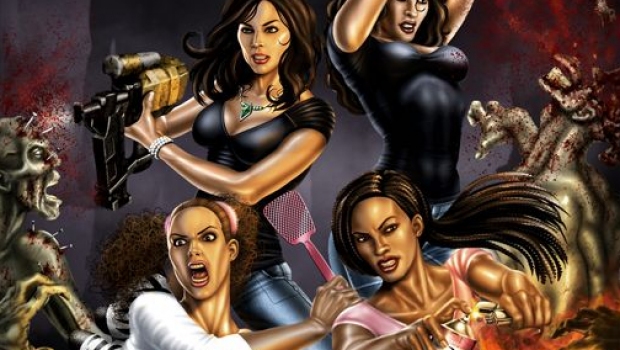 The Chaos Campus invasion of ComiXology

The Chaos Campus invasion of ComiXology continues with today’s addition of issue #5!

With dawn only a few hours away, the girls try to take refuge from a zombie horde within an abandoned house. To their pleasant surprise, the survivors of the Alpha Zeta Zeta sorority are doing the same! The emotional reunion is quickly cut short when massive slasher Kurtis Kasey threatens to kill them all! The girls barricade themselves in the house only to discover too late that this particular house is alive, possessed, and hungry for their souls!