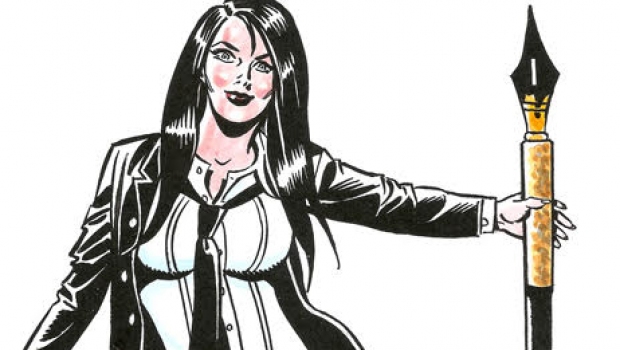 The Inkwell Awards, the only non-profit organization devoted to public education and promotion of the art of comic book inking, is asking fans and professionals to choose their industry favorites. The official public ballot will be available on the Inkwells’ homepage one week from March 13 through 20.

Voting is open in five categories: “Favorite Inker,” “Most Adaptable,” “Props” (inkers deserving more attention), “The S.P.A.M.I.” (Small Press And Mainstream/Independent for non-Marvel/DC work) and “All-In-One” for artists who ink their own pencils. The awards cover all printed American comic books cover-dated 2020.

“Our nomination procedure continues to include inkers who submitted their work in addition to those chosen by our internal nomination committee,” said Bob Almond, founder, and director of The Inkwell Awards. “Due to the pandemic, nominations were obviously lower due to less titles released and people out of work, but we are pleased with the turnout we received and the work by the NomCom.”

He added, “As usual, too many ink artists are passed over and go unnoticed by most awards events. Ours caters specifically to inkers so they can be recognized and appreciated for their best work. We encourage all who appreciate quality artwork to participate and share on social media; the more voters, the better.”

Award winners, along with the internally-chosen lifetime achievement accolades, the Joe Sinnott Hall of Fame award and the Stacey Aragon Special Recognition Award (SASRA), will be announced either online or at a live awards ceremony during The Great Philadelphia Comic Con! in Oaks, PA, depending on when and if the show takes place in 2021. Updates will be available on the respective websites.