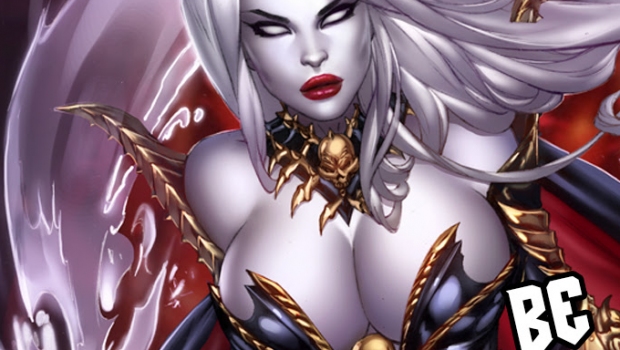 The Lady Death: Merciless Onslaught #1 Kickstarter Campaign is ON FIRE!!!

Still thinking about pledging? A pledge as little as $24 to the campaign will get you a copy of the FOIL-ENHANCED Merciless Onslaught #1 Kickstarter Edition Softcover, plus all of these FREE stretch goal incentives we have unlocked so far:

Also, just to let you guys know, a couple of the upper-tier bundles are nearly gone! Theye’re down to a just a few of the HIGH ROLLER SLAYER LUXURY SETS ($250) and MEGABALLER MAUSOLEUM SETS ($425).

Both sets include all 5 base Merciless Onslaught Kickstarter editions, PLUS exclusive items not available separately, such as a random copy of Lady Death: Heartbreaker #1 – Chase Edition!

Each of these sets also include a FREE Lady Death Mystery Envelope (a $55.00 value)!

Get them before they’re gone!