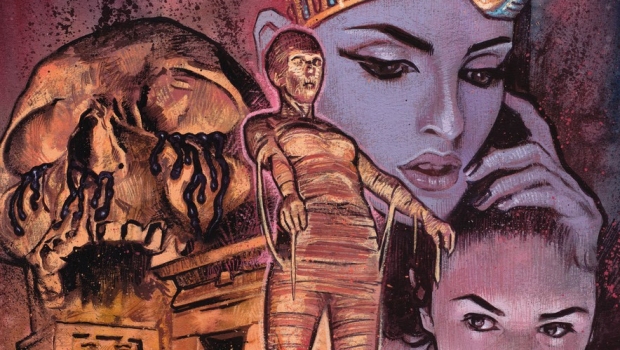 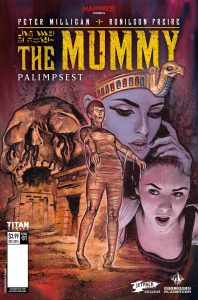 The Mummy #1 starts the new line which sees the publication of brand-new comic stories featuring classic Hammer properties, as well as wholly original Hammer stories, produced by Titan.
The Mummy #1
Writer: Peter Milligan
Artist: Ronilson Freire
FC – 32pp – $3.99 – On sale: November 9
For 2000 years the Sect of Anubis have prolonged their life spans through human sacrifice and the enslavement of an Egyptian High Priestess cursed to walk the afterlife for all eternity.