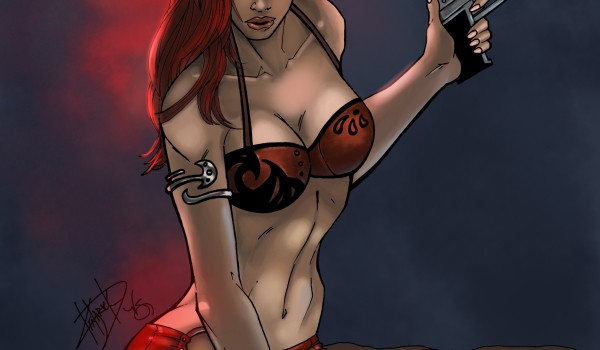 The Rise of Red Moon Rises On Kickstarter

This aspiring team gathered from across the globe have joined forces to bring to the masses a tale of a budding vigilante. A story of self awareness, journeying through a shattered mind that holds the answers to a future molded by a mad man vying for dominance in both her world and reality.

Join the crew of The Rise of Red Moon and help these budding creative types reach their goal of $1,800 in the next forty two days. Neat incentives for backers, find Rise of the Red Moon on Kickstarter at http://www.kickstarter.com/projects/1863760001/the-rise-of-red-moon-comic-book/?ref=kicktraq, spread the word and support the Indies.

Tags: The Rise of Red Moon