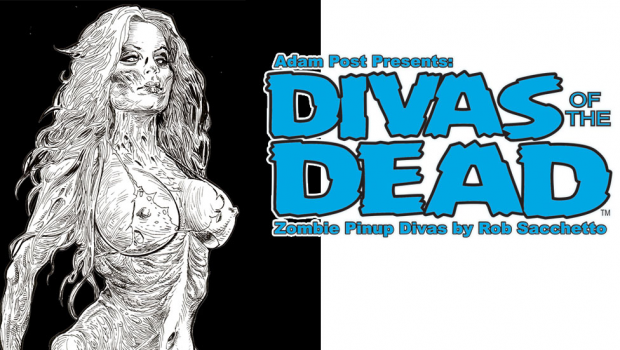 The Sexy Side Of Zombies: Divas Of The Dead; Rob Sacchetto’s Zombie Pinup ART BOOK 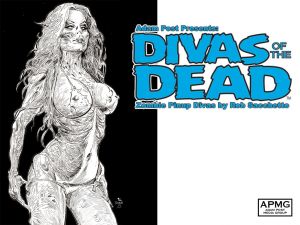 We need your help to print and ship this book !

Printed in crisp black on quality white paper this book will be ABSOLUTELY GRUESOMELY GORGEOUS in large format– 8 ½” x 11”.

All cover editions are offered separately or as a collected set—because the complete set is an AWESOME sight to behold !

ROB SACCHETTO is a veteran freelance artist illustrating custom zombie portraits and pin-ups since 2006. Sacchetto was commissioned to create a zombie portrait for Greg Nicotero; the co-executive producer, director on AMC’s THE WALKING DEAD. Rob’s work as appeared in Fangoria, National Geographic, Maxim, HorrorHound and more. You’ve seen him on TV on G4 TV, Discovery Channel, Space, IFC, Starz, and many others ! Rob has appeared in the documentary ‘Zombiemania’ as a zombie expert, with George Romero, Tom Savini and Max Brooks and has been interviewed for articles in The Daily Mail, The Toronto Star, The Huffington Post, Wired, AOL News and Yahoo News.