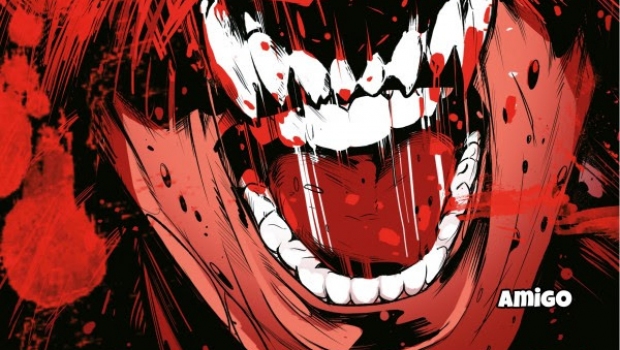 This is the tale of the Ghost Wolf… 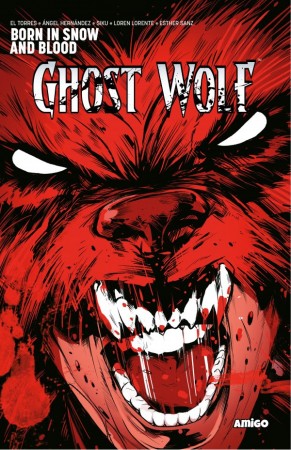 Listen to the trees. Listen to the rocks, the wind howling in the high peaks. They still whisper the tale of the Ghost Wolf. A story told one thousand times. A tale waiting for you to be enjoyed.

From the prolific mind of El Torres, with the art of awesome artists like Angel Hernández (The Westwood Witches, Star Trek/ Green Lantern, DC Infinity Crisis), we are proud to present the first volume of the Ghost Wolf: Born in Snow and Blood.

One human, one wolf, the vessel for the spirit of vengeance – The Ghost Wolf! Can you get enough of brutal barbarian action? Be sure to preorder it!

Read here the full saga of the Ghost Wolf, the spirit of vengeance of the Northern Wastes. When the clan of the Sons of Corr lost their courage, they were swept by the wild tribes. But there was one man decided to fight… and paid with his life. He will become the vessel for the long, forsaken spirit of vengeance… The Ghost Wolf!

Centuries later, with the Ghost Wolf vanished, an ancient evil awakes. The Hungry Ones wander through the Northern Wastes once more, devouring everything in their path, reaching the peaceful tribes of the hills. But a new Wolf avatar fights the old demons. A woman called Mara. Warrior. Mother. Impostor.

This volume reprints the acclaimed miniseries GHOST WOLF published by AMIGO COMICS, filled to the brim with barbaric violence that is sure to please fans of this genre!

“El Torres’ Ghost Wolf took me by surprise with a story that reads more thoughtful than your average comic about barbarians and wolves. Wrapped up in a wonderfully illustrated story about survival in more simple if brutal times, is something that takes mythology and traditional comic book narrative and places it under a microscope for scrutinization.”
-Zander Riggs, Destroy the Cyborg

“It succeeds in bringing Oral Tradition to the pages of a comic book, it is a tremendously action-packed experience, and it is filled to the brim with head-lobbing violence that is sure to please fans of this genre. If you were a fan of Conan growing up, Ghost Wolf could be the fix you’ve been looking for.”

“The story is an example of how an old plotline can still be engaging, given the right characters and world. The writing boasts an epic scale (…) This is a world that feels lived in, with the history of the world proving to be an especially captivating treat.”
-Dominic “Neil” Kelly, Geek Retreat

“This is a great story that brings alive a new mythological time.”
-Comic Bastards