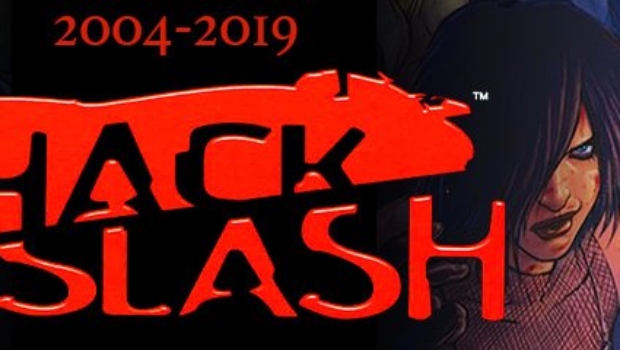 And in the words of Tim Seeley himself ”
The very first issue of HACK/SLASH shipped APRIL 14th, 2004. As of Sunday, HACK/SLASH will officially be 15 years old! Thank you to readers and retailers for making Cassie & Vlad two of comics most enduring indy characters!
It’s almost as if we’ll have to do something special this year! ”

So, that means something special for the 15th Anniversary?

Funny thing is that Tim Seeley at one point stopped writing H/S, but other picked up the character for their own crossover (with Halloween Man, or with Vampirella or CHAOS) or new ongoing series even! We at C4S are looking forward to more Cassie Hack, for sure!