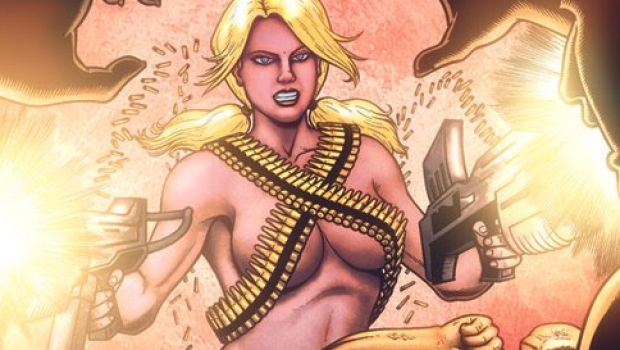 Hollywood’s 306th best actress is scream queen Sonya Devereaux, whose career consists entirely of ultra-low budget, straight to DVD horror movies – the kind you find in the bargain bin at the grocery store or playing at 2am on cable TV.

Hollywood’s 306th best actress is B-movie scream queen Sonya Devereaux, whose career is made up entirely of low budget, straight to DVD movies – the kind you find in the bargain bin at the grocery store.