Valiant’s Sold-Out Smash-Hit Returns with Sequel in BRITANNIA: WE WHO ARE ABOUT TO DIE #1 – Coming in April - Comics for Sinners
News 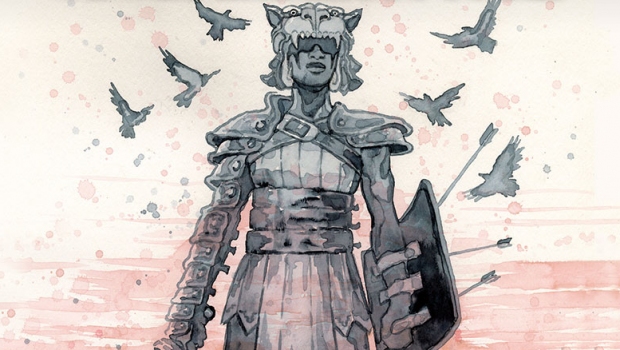 Valiant’s Sold-Out Smash-Hit Returns with Sequel in BRITANNIA: WE WHO ARE ABOUT TO DIE #1 – Coming in April

Valiant announced BRITANNIA: WE WHO ARE ABOUT TO DIE #1 (of 4) – a brand-new journey into myth and mystery from comics master Peter Milligan (Shade, The Changing Man) and incendiary artist Juan José Ryp (Britannia)! On April 26th, Valiant’s critically acclaimed, ten-time sold-out magnum opus returns with an all-new beginning and a startling new case for Antonius Axia, the world’s first detective… One with a haunting connection to the horrors of Rome’s arena and the very gods themselves…

Fifty thousand Romans stand on their feet, watching from the rafters of the coliseum with captured breath as Achillia, a gladiator unlike any that Rome has seen before, faces incredible odds – one lone warrior against five of Rome’s greatest. Such is the tradition, when a female gladiator enters the fray. When the carnage is complete, the coliseum roars its approval as Achillia stands victorious. Now, only one match away from winning her freedom, she has begun to gain renown. The women of Rome, suppressed by their husbands and fathers, have noticed. The men of Rome, husbands and fathers to a growing horde of women entertaining ideas of independence, have noticed as well.

“We couldn’t be prouder of the work that Peter and Juan have done in building the captivating and mysterious world of Britannia,” Valiant Editor-in-Chief Warren Simons. “Having the marketplace respond to a new character and a new concept with such enthusiasm has been invigorating and emboldened the entire team to take the next series into even more challenging territory. Antonius Axia is a vital and important new addition to the Valiant line, and his next adventure will be an investigation into an unthinkable mystery plaguing the dark heart of Rome, its gods, and its citizens.”

On April 26th, the gods stalk the world of men when the smash-hit, repeatedly sold-out series that pushed the boundaries of the Valiant Universe farther than ever before returns with a must-read new volume presented in the deluxe VALIANT PRESTIGE format in BRITANNIA: WE WHO ARE ABOUT TO DIE #1 (of 4) – featuring covers by Eisner Award winner Cary Nord (X-O Manowar, Conan), Eisner Award nominee David Mack (Daredevil), rising star Adam Gorham (Teenage Mutant Ninja Turtles Universe), and Eisner Award winner Dave Johnson (100 Bullets)!