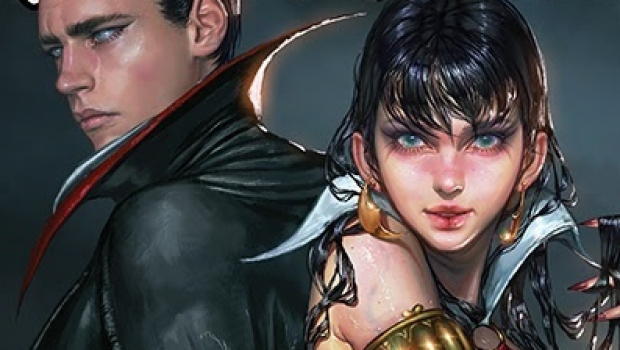 All the secrets of the Daughter of Drakulon’s fall are revealed with a cast of top tier creators. Christopher Priest has been writing the flagship VAMPIRELLA title for two years now after kicking off her 50th anniversary. Now he’s coming up on issue #25, his finale. Kind of… Because after a huge event in that issue, he’ll be right back for further stories in the story he has established. Then Tom Sniegoski and Jeannine Acheson discuss the massive VAMPIVERSE and how it exponentially expands the possibilities for the character’s lore. Artist Meghan Hetrick also joins to talk about how she’s tackling covers for that title, in diverse styles and unique portrayals of the character. Writer Ray Fawkes also talks about how PURGATORI is going out solo following her tangling with Vampirella in their crossover.

Don’t miss this panel, and stay tuned to the Dynamite YouTube channel if you can’t catch it live!
CLICK HERE TO TUNE IN TO THE PANEL!