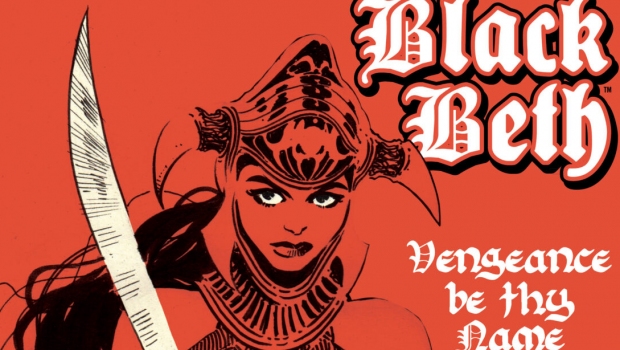 Vengeance be thy name: the new Black Beth collection is out now!

This brand new collection by 2000AD/HeavyMetal brings together the original story of Black Beth, first developed in the early 1970s by an unknown writer and Spanish artist Blas Gallego and appearing only once a decade later, alongside the modern revival by writer Alec Worley (Star Wars) and with stunning art from rising star DaNi (Coffin Bound).

In a world of swords and sorcery, the evil tyrant Rassau discovers that he is destined to be killed by a fearsome warrior called Beth. Together with his men, Rassau seeks Beth out, destroying her village and killing all held dear to her. With the aid of a former warrior – the blind Quido – Beth becomes a skilled fighter and sworn enemy of all that is evil! She will not rest until her people are avenged!

This brilliantly resurrected series mixes the best of sword-and-sorcery comics in the vein of Conan and Red Sonja, with a fresh perspective and stunning artwork!

Out now, the collection is available in both paperback and a webshop exclusive hardcover, featuring art from the original Black Beth story by Blas Gallego. 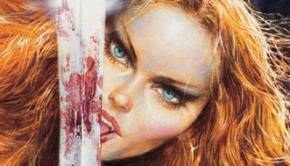