C4S with a preview to Visual Preview: The Weirding Willows HC – Comics for Sinners

Titan Comics has provided C4S with a preview to The Weirding Willows HC, in stores July 1, 2014.

When she was nine, Alice discovered a portal to another world… a world called Wonderland!

But Wonderland isn’t the only world connected to the Wild Woods, a dimensional nexus that Alice spent her childhood exploring. It’s a strange, magical place where Earth, Wonderland, OZ, Neverland, Mars, Pellucidar and Elysium collide – and where anything can happen!

From talking rabbits to winged monkeys, from Frankenstein’s Monster to a rampaging purple T-rex, from a kidnapped Mowgli to a werewolf with a deadly secret – there’s never a quiet day!

Now a young woman, Alice and her amazing friends are all that stand between the gateways in the Weir – and those who would exploit them.

This astounding first collected edition includes a brand-new chapter, exclusive to this volume.

Step into the Weirding Willows… and be transported to worlds beyond your imagination!! 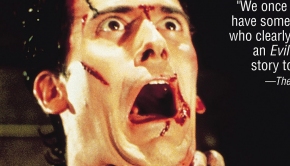 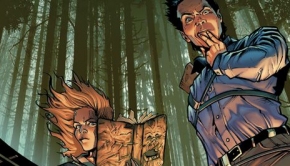