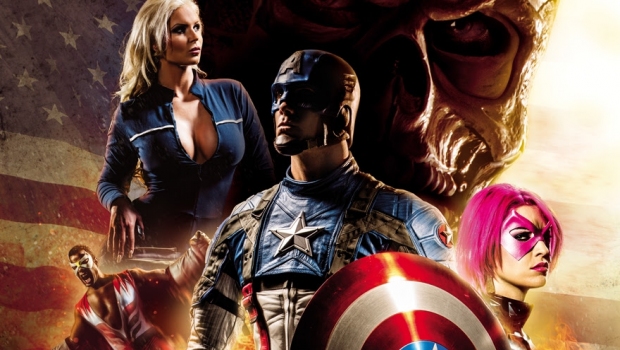 “It’s almost too much awesome in one movie,” said Braun, who recently won his fourth consecutive AVN award for Director of the Year. “Call me nostalgic, but I like to see my superheroes in their classic costumes, especially if they’ve never been portrayed in a live-action movie…and in my adult spoof I was able to really go all out, so I’m one happy fanboy!”

About Vivid: Founded in 1984, vertically integrated Vivid Entertainment is the leading source for quality erotic film entertainment and has created wide brand-name awareness through its films, innovative marketing and licensing programs. Vivid-branded products range from condoms and apparel to vodka, to name a few. This year Vivid licensed its powerful brand for gentlemen’s clubs and opened locations in Charlotte, Miami, Los Angeles and New York with commitments in a host of other major cities. Vivid’s movies are seen online, in DVD, VOD and now on its own network, Vivid TV in over 60 million homes nationwide, as well as in Europe, Canada and Latin America, with new cable systems launching monthly. Its Vivid-Celeb imprint made “celebrity sex tape” a household word and helped launch the Kardashian phenomenon in the process. Vivid is the most awarded studio in the history of the industry and its high-budget productions remain the most acclaimed couples-friendly adult films ever produced. Vivid Radio—Vivid’s 24/7 radio channel—airs on SiriusXM Channel 102. Mainstream television audiences got to know the company through two seven-part series on Showtime, as well as through publications ranging from The New York Times to Forbes and on TV networks from CNBC to ABC. Vivid founder/co-chairman Steven Hirsch recently received the first AVN Visionary Award as a leader who “has propelled innovation, and taken his company and the business to whole new heights.” For more on Vivid visit twitter.com/VividCorp or facebook.com/Vivid.

About Axel Braun: The son of legendary porn-pioneer Lasse Braun and grandson of a diplomat, Axel Braun was born and raised in Italy, where he received a privileged upper-class upbringing. Fluent in five languages, a member of MENSA, a film-school graduate, and the bearer of a Ph.D. in psychology, Axel has a unique cultural background that sets him apart from the many other directors in the adult industry. A second-generation AVN Hall-of-Famer, over the span of his career he has won dozens of awards all over the world for directing, producing, screenwriting, and editing, including four consecutive “Director Of The Year” AVN awards. For more information visit facebook.com/AxelBraun and twitter.com/axelbraun