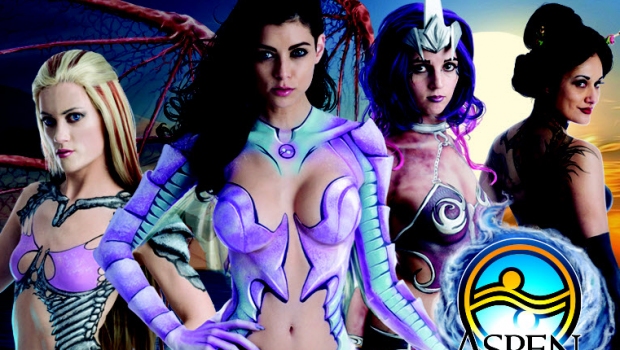 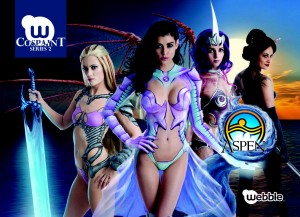 Webble Cospaint is the first trading card series that combines the artistic talents of body painters, special effect artists, and cosplayers with the characters and style of comic book artists and character creators from various fictional universes. These cosplay artists build elaborate costumes and attend events all over the world. This work has recently gained traction in mainstream media, as seen in shows like Syfy’s Heroes of Cosplay. Webble wants to showcase their work while adding to the community by adding a creative twist.

The first series of Cospaint cards debuted at New York Comic-Con 2013. Consisting of 21 costumed cosplayers, one checklist, and 5 Cospaint cards, Webble was able to print a limited release of Series 1. Series 1 was wildly popular, and the response from the community was unbelievable!  Webble exhausted their supply of cards from that series.

Now Webble has partnered with Aspen Comics for their second series of trading cards, featuring popular cosplayers such as Leaanna Vamp, Ani-Mia, Jenifer Ann, Rosanna Rocha, Heather 1337, and more! Webble Cospaint has completed their Series 2 photo shoot and has fantastic images of the cosplayers ready to be made into trading cards. Webble hopes to make these Aspen cards (and other, yet-to-be-revealed pieces!) available to the public and properly showcase the work of their great artists.

For more information, check out the Webble Cospaint Kickstarter page below: