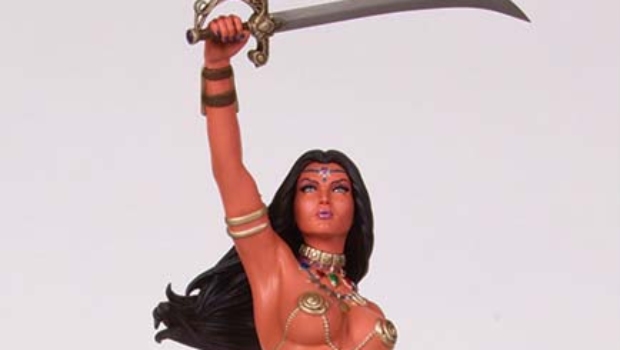 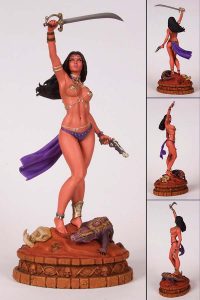 Dynamite Entertainment has provided C4S with a preview to Women of Dynamite: Dejah Thoris Statue, coming to stores November 16, 2016.

By popular demand, the Princess of Mars is proudly brought to three-dimensional life as the fifth entry in the brand-new “Women of Dynamite” statue line, inspired by the art of superstar artist Frank Cho (of The Mighty Avengers and Savage Wolverine fame)!

Sculptor Jason Smith and the team at the Brewing Factory poured over the very finest illustrations of Dejah Thoris from Dynamite’s wildly successful library of Warlord of Mars comics to find just the right inspiration, resulting in this gorgeous statue, measuring 12″ high (to the tip of her sword) and 4.5″ deep, with a 6″ base.

Hand-painted on cold-cast porcelain with ABS details, each statue is individually numbered as part of a Limited Edition run, and comes packaged in a four-color box with a hand-numbered Certificate of Authenticity.

Let the original heroine of science fiction grace your collection with her exotic beauty!