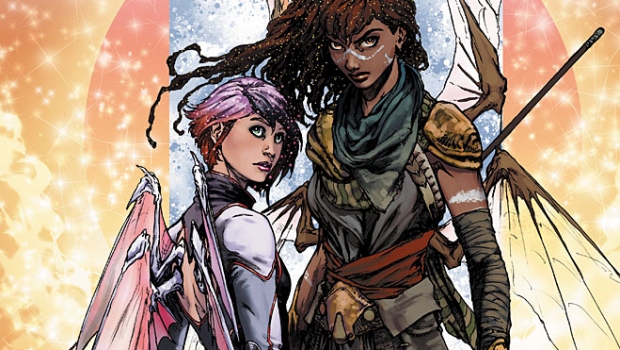 MICHAEL TURNER’S FATHOM: BLUE features a brand new cast of Blue outlaws from under the surface, coerced together by the U.S. Government for a covert war against their own kind-but if they fail their mission-their lives are over!

Meanwhile, in MICHAEL TURNER’S ETERNAL SOULFIRE, a new wielder of magic emerges! Cassidy, a young girl with a huge power hidden within her, must place her trust in one of the Soulfire Universes’ most fierce warriors, Miya, in order to escape not only those seeking to kill them-but also their own demons from the past!

Make sure to stop by your local comic book store and pick up these two exclusive zero issue offerings only in this year’s Worlds of Aspen 2015!