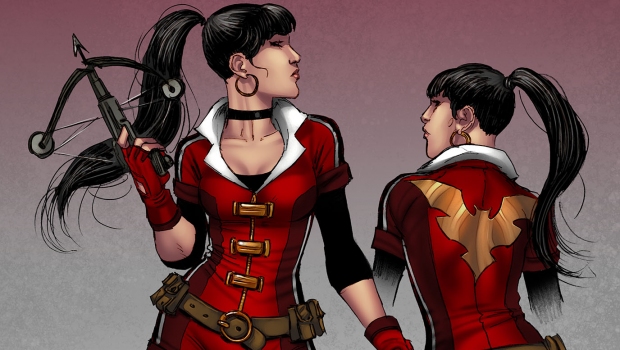 Writer Kate Leth Elaborates on Vampirella and her New 2016 Outfit

As we found out yesterday, Dynamite is about to drastically reboot Red Sonja, Dejah Thoris and Vampirella and well… many fans immediately went haywire (me included) about the loss of Rella’s iconic costume. It is not really that Vampirella is only the costume but there are few female heroines in comic that can run around in such an outfit and be not a sexist archetype. So to a lot of fans, the costume is as much part of her appearance as her bangs, her fangs and the color of her eyes.

And then there is writer Kate Leth (Adventure Time, Bravest Warriors) (and re-blogged by Gail Simone) who – in her own blog– reassured the fans the iconic costume will NOT be forsaken: