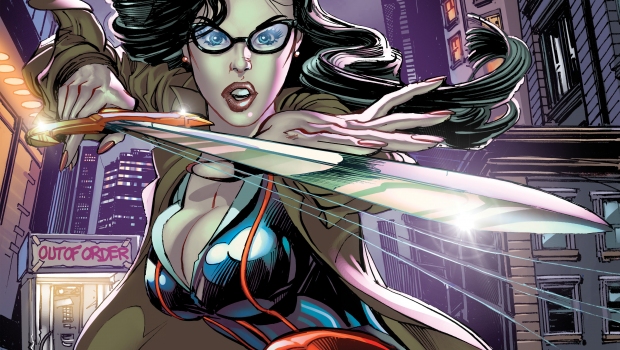 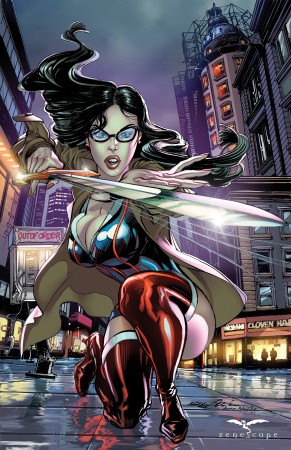 For an independent comic book publisher, getting to issue #50 is a milestone.  Getting to issue #100 is a LANDMARK!   Zenescope Entertainment, started in a garage by two Philly guys in 2005, has grown into a Top 10 Publisher with myriad fairy tales, horror, and fantasy titles plus working relationships with the biggest writers and artists in the business.

“It’s hard for me to believe we are getting ready to publish our 100th issue of Grimm Fairy Tales. It seems like not that long ago we publishing issue #1 and then trying to figure out how we were going to find enough fairy tales to make it to issue #25. It’s been a blast writing and planning the series and seeing how it has evolved over the last eight years. As excited as I am to be publishing issue #100, I’m even more excited for the direction the series is going to take in #101. It’s going to be a great jumping on point for new readers and I think current fans are going to love it even more. The best way I  can describe it is Harry Potter meets Buffy the Vampire Slayer.”
– Joe Brusha, Zenescope co-founder and co-writer of GFT #100“The fact that we’ve hit an issue #100 is such a great feeling and it proves that we have a dedicated and loyal fan base. We’re looking forward to really blowing readers away with both the artwork and story.”
– Ralph Tedesco, Zenescope co-founder and co-writer of GFT #100

The LANDMARK issue of one of the hottest indie comics of the past decade has arrived! It all began with Sela Mathers, the Guardian of the Nexus, a woman tasked with teaching misguided humans right from wrong. But Sela’s struggles, her ups and downs, and the effects of those she’s helped and those she’s lost to darkness will all culminate in this epic 100th issue! Sela will take on the biggest threat she’s ever faced as the Dark Queen looks to plunge the Grimm Universe into an Age of Darkness.